Everything You Need to Know About Casinos in Switzerland 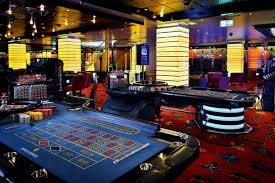 Switzerland is not a country known for its casinos. Chocolate and skiing yes; but gambling no. In fact, gambling was illegal from 1921 all the up to 1993, and even then only limited stakes were allowed. This was only amended a few years later when unlimited stakes were allowed in certain venues. Today there are about nineteen casinos spread throughout the different cantons, which are like states in Switzerland.

The Swiss have taken to the newly relaxed laws with great enthusiasm. It now estimated that one fifth of the population are frequent casino patrons, and about half take part in one of the state lotteries on a regular basis. There are also now eleven horse racing tracks. Although a national lottery is still illegal under the 1921 Act, the different cantons were given permission to set up their own lotteries, several of which have actually merged. Online casinos in Switzerland are still illegal under that same 1921 Law, but this looks like it may be about to change, which the Swiss government looking into the pros and cons of granting online licences. Even so, enforcing the non online gambling rule is almost impossible, and Swiss people have found many ways to get around it. There are no repercussions for breaking this law either as yet.

Casino Barriere Fribourg is a very elegant Swiss casino situated in the town of Fribourg, just off the AutoRoute exit. The casino is not open twenty four hours, and closes at 3am during the week and 5am on weekends. The casino is also the only gaming venue in the city, which adds to its popularity. It’s not a huge casino, with only 144 slots on the regular floor and 70 separate ones in the smoking section. Table games come in the form of English Roulette, Blackjack and Ultimate Poker which is not a live game. There are actually no live Poker tables. The casino does not have an attached hotel, but there are a number of accommodation options in the surrounding area. It does however have a swanky restaurant that offers fine al la carte dining, and often specials and live entertainment such as hypnosis shows. A bar set inside the casino near the slots offers drinks and a social atmosphere.

Saint Moritz Casino and Kempinski Hotel is the highest casino in Switzerland. So high in fact that it is not open all year round, and has to close two months out of twelve due to weather. The complex is five star, with a well managed and beautiful casino offering slots and table games in a warm cosy, refined environment. Table games are all staffed by crisp professional dealers who offer a range of Blackjack, poker online or Roulette at https://pokiesonlinenz.co.nz/pokies-guide/nzd-pokies/. There are 81 new generation slots to choose form as well with a rage of wagers. The Ivory Ball Lounge and Bar offers drinks and a view of the gaming floor for those who want to relax and socialise. Special events happen all the time with titles such as Passion Night, Sexy Night for Women or Burlesque Night.

Casino Lugano was originally a theatre, and was designed in 1804. When it opened in the early 1800’s it was both a gaming house and a theatre, but Swiss law changed to outlaw casinos in Switzerland, so for a long time it was just a theatre. Today it has a number of table games and 416 slots of differing wagers. It is popular with locals and tourists.